When designing tailored, streamlined and informative screening cascades our scientists have the experience to ensure the continual delivery of high quality, reliable data throughout the lifetime of your project.

To facilitate project success, it is critical that compound potency and efficacy are confirmed, false positives removed and that any potential liabilities are identified as efficiently as possible. Our scientists continually and specifically tailor cascades as your project progresses, to deliver robust data and appropriate interpretation to the team, aiding project decision making and prioritisation of project objectives. 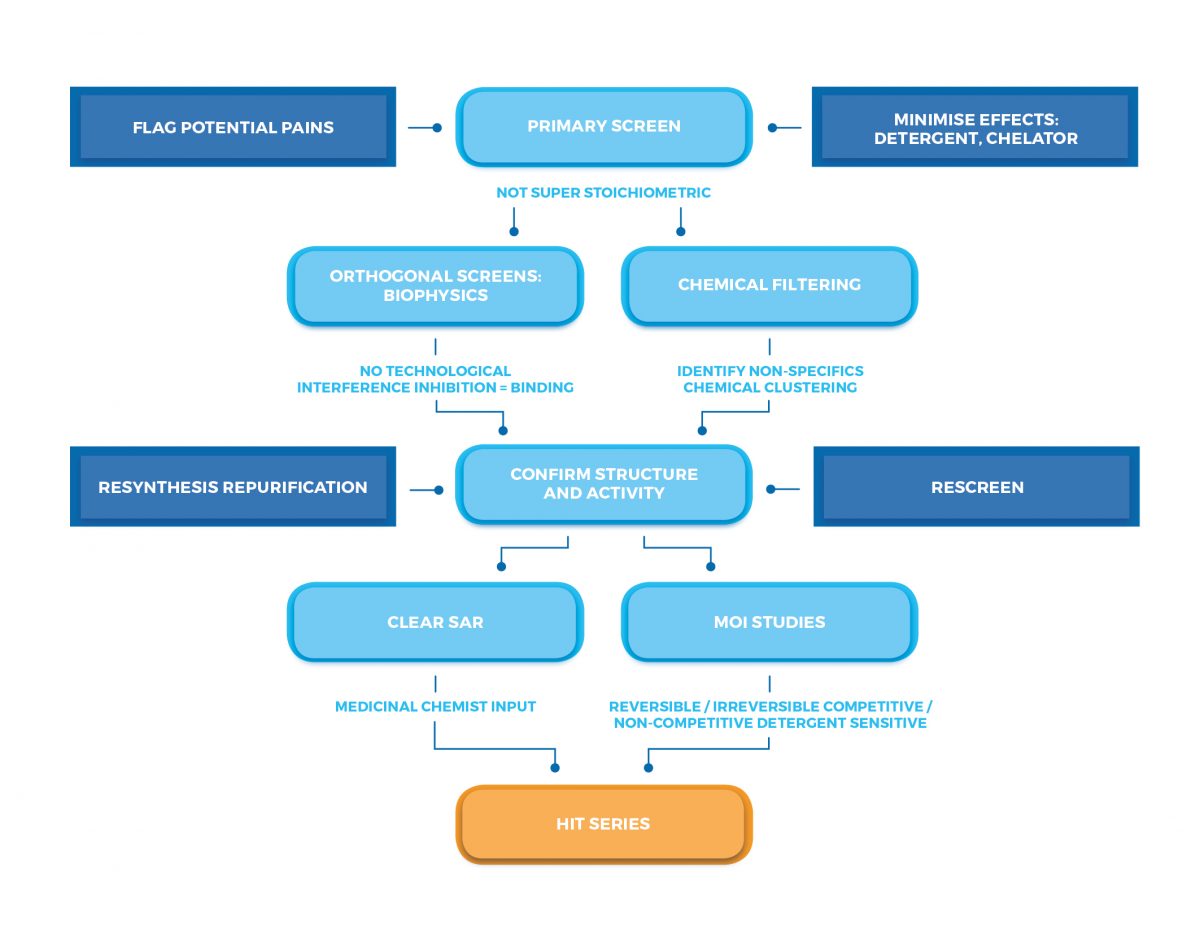 With all screening programs, there is the possibility that compounds acting via non-specific or undesirable mechanisms could be flagged as hits. Sygnature appreciate the importance of early identification of false positives is critical to project success, ensuring project resource is focused on progressing robust and validated hit compounds

Some compounds are seen to be false positives in multiple screening campaigns and often referred to as Pan-Assay INterference compounds (PAINs). Intriguingly, almost 4% of FDA approved drugs are known promiscuous aggregators, indicating that PAIN activity does not preclude a compound as a potential therapeutic. There are multiple methods by which PAINs can interfere with an assay:

At Sygnature Discovery, rather than removing known PAINs from screening libraries, which could lead to the exclusion of legitimate hits, we have implemented a target-specific, systematic strategy to avoid, identify and characterize false positives during the hit identification and validation stages of a drug discovery campaign. Identifying PAINs is a challenge; however, they typically share one or more of the following features:

Sygnature Discovery employs two main approaches to identifying false positives as a standard in any screening campaign: firstly, hits are confirmed in an unrelated orthogonal assay and secondly by utilising a battery of counter screens for compounds that interfere with assays, including testing for redox active compounds and molecules that affect the detection technology. 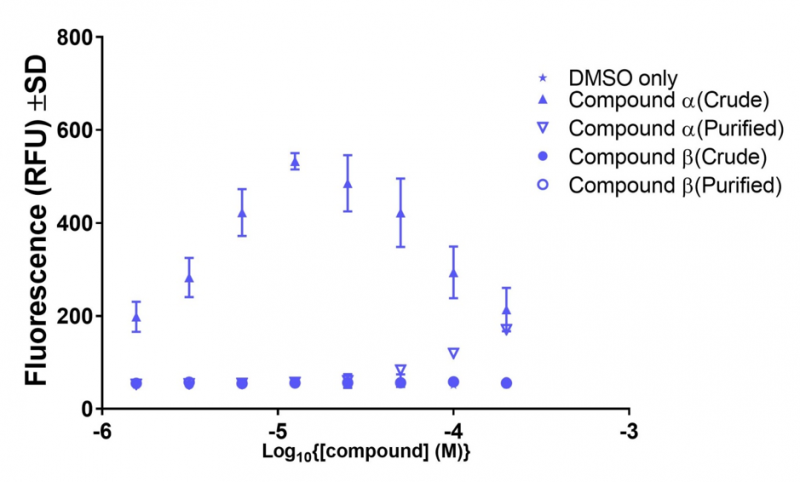 Figure 2: Two compounds (α & β) were equipotent in the primary screen. Compound α shows redox activity in a Resazurin assay that was reduced on further purification indicating it is a false positive, due to an impurity in compound. Compound β showed no redox activity and is likely a real hit.

Figure 3: A mechanism for a false hit is to suppress the signal from detection technology. Above is an example of an assay used to identify compounds that interfere in this manner. Compound A shows an IC50 in the absence of enzyme indicating it is a false positive whereas compound B does not and so likely a true hit.

To confirm a compound is a genuine hit, we employ multiple orthogonal assays to ensure activity is not restricted to a particular detection technology. Our extensive drug discovery experience and expertise in Biophysics, Biochemistry and Cell Biology allow Sygnature Discovery to combine multiple binding, activity and cellular assays to ensure that a compound is on target and not a false positive. 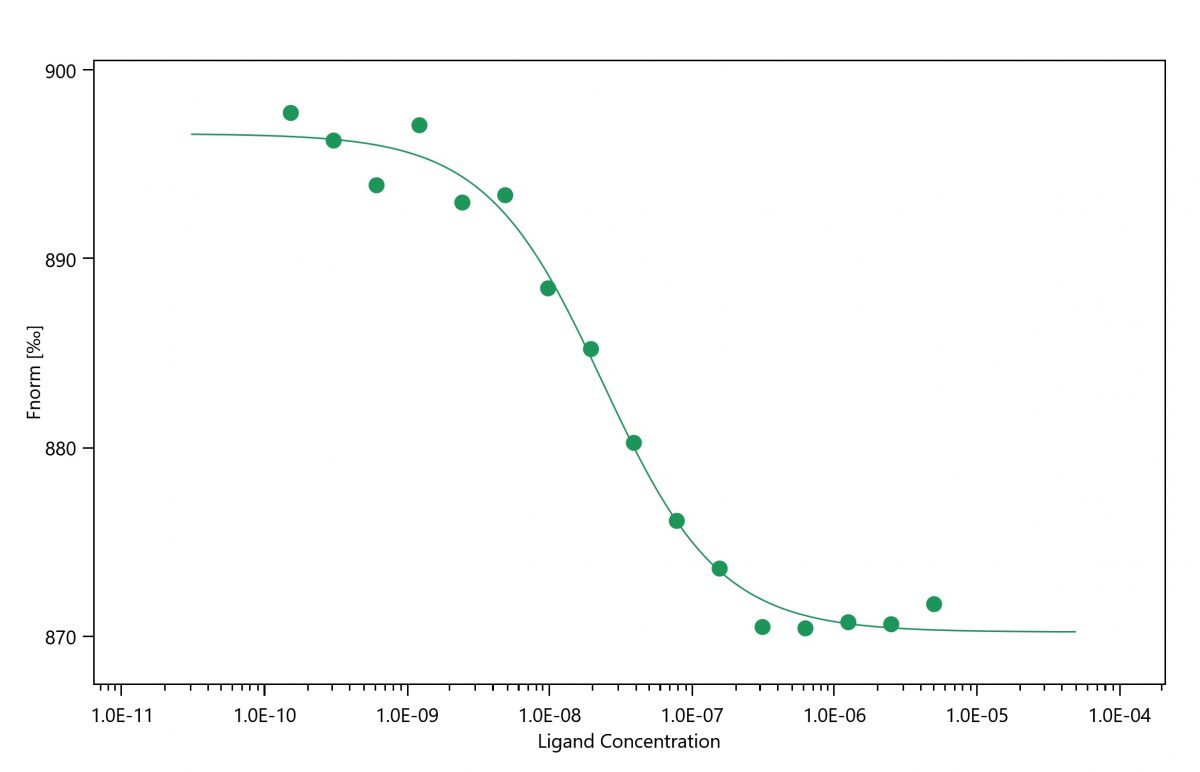 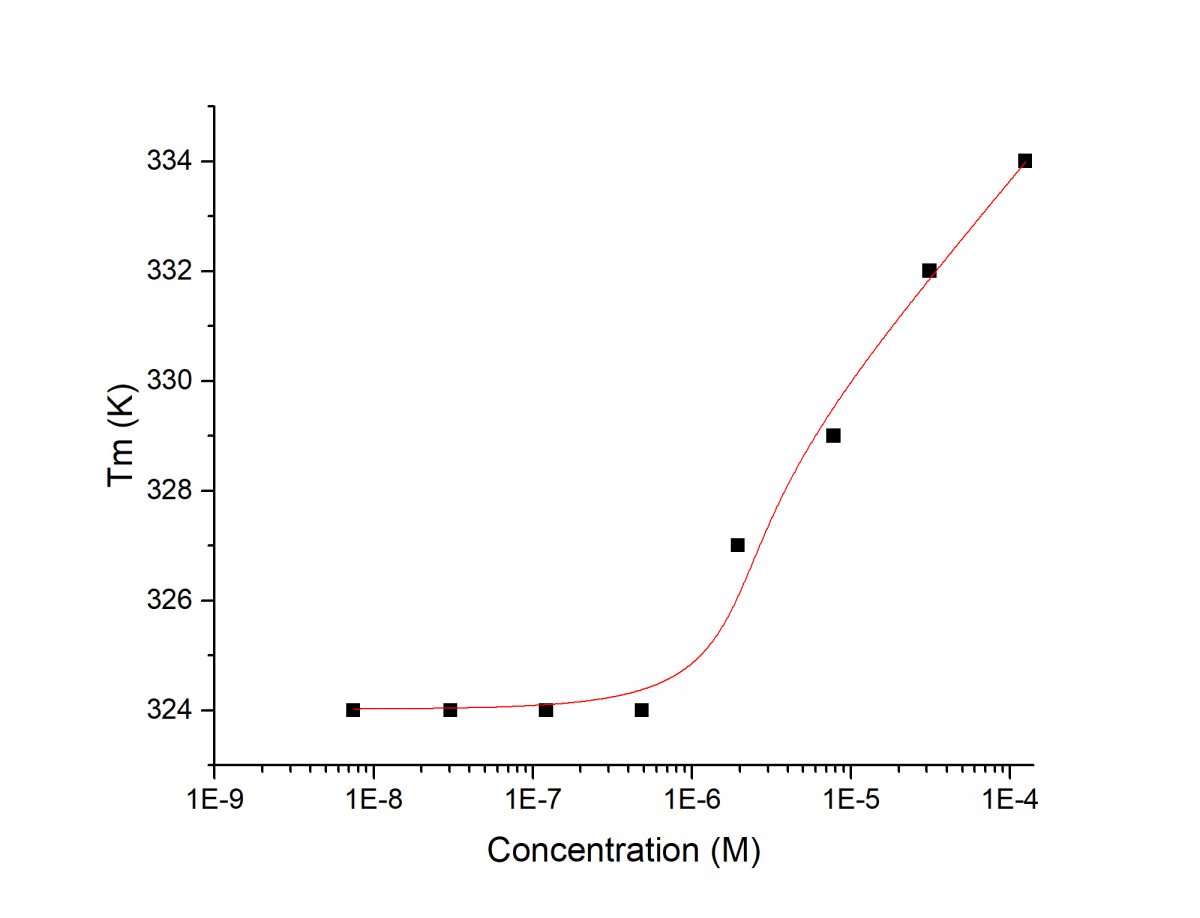 Figure 4: The above graphs demonstrate one facet of Sygnature Discovery’s approach to hit confirmation. If binding can be demonstrated using multiple methods we can be confident a hit is not a false positive due to technological interference.

Figure 5: The above data shows how target selectivity can differ between two related compounds. Compound 1 is both more potent and more selective and will be the driver for further medicinal chemistry.

Sygnature provides a range of scalable hit identifications creening methodologies from high-content to fragment screens. Bespoke, efficient screening assays can be developed to support discovery programs in a wide variety of therapeutic areas.

Design-Make-Test-Analyse cycles to expedite the progression of your project through the discovery pipeline.

Sygnature Discovery is expert at applying different, complementary approaches that can be taken to identify compound MOA.