CellCentric are developing new treatments for cancer based on their understanding of epigenetics. Having investigated over 50 potential drug targets, Sygnature’s collaboration with CellCentric delivered CCS1477, a novel orally bioavailable selective inhibitor of histone acetyl transferases p300 and CBP. 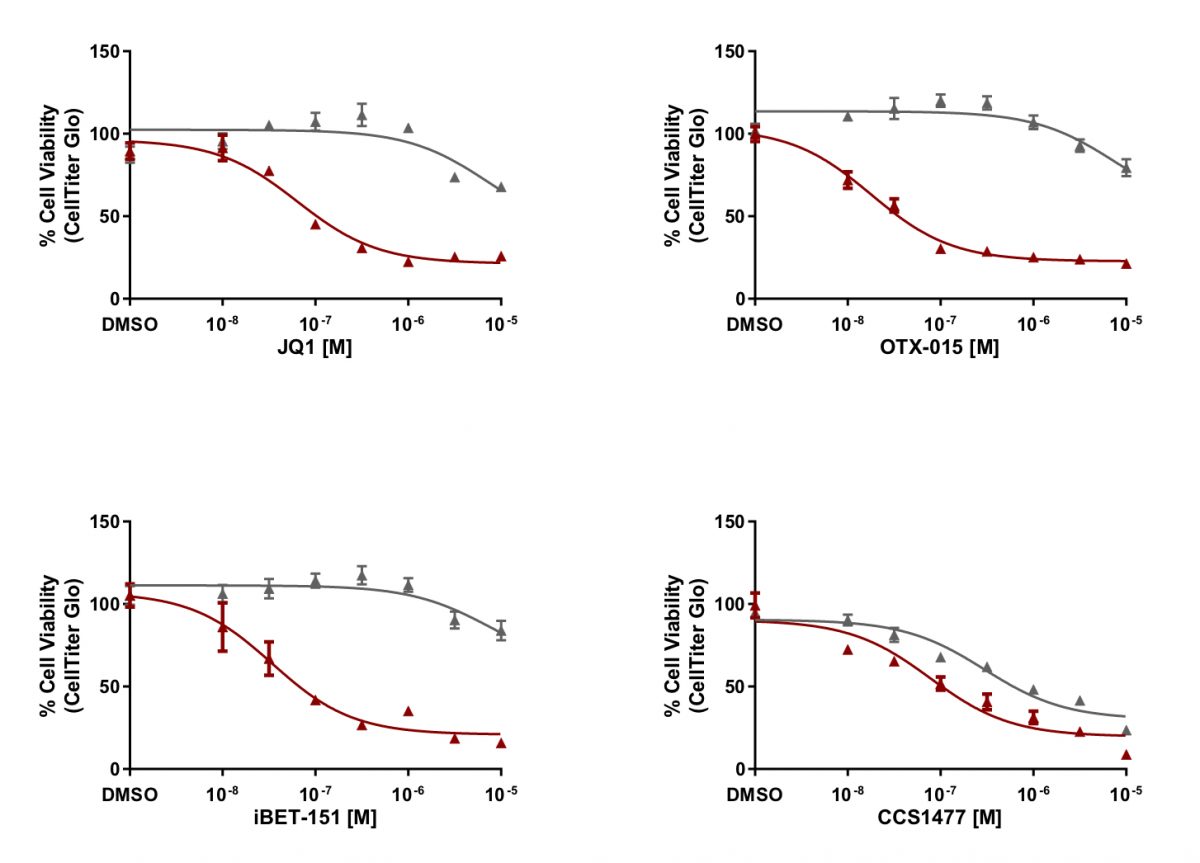 A JQ1 resistant cell line was generated by incubating 22Rv1 cells with increasing doses of either JQ1 (22Rv1-J1) or with vehicle (22Rv1-V1) over a 9 month period. Proliferation was measured with a cell viability assay (CellTiter Glo) after compound treatment for 72h. 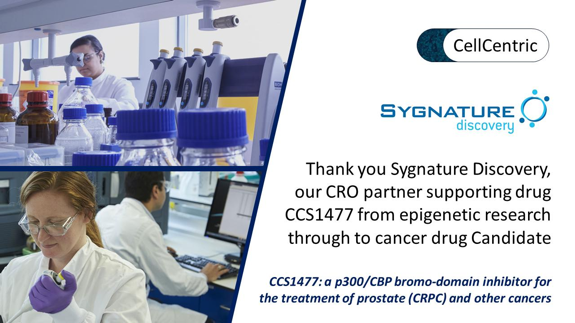