Although seductively aligned with properties that could turn them into good drugs, molecular glues are likely to present devilish challenges with respect to finding them. What are those challenges, and how can we meet them? Targeted protein degradation (TPD) is an area of intense focus in drug discovery today, underpinned by the principle of using small molecules to fully destroy a disease-causing protein. The most well-known approach here is based on Proteolysis Targeting Chimeras, or PROTACs. You can think of this process as A and B being two puzzle pieces. The molecular glue will create a new tab on A that snugly fits into a slot in B, et voilà, the pieces now suddenly fit together. With respect to TPD, molecular glues bring about the binding of a ubiquitin ligase to a new target protein, often referred to as a neo-substrate.

Arguably, the most well-known molecular glue is Thalidomide, developed in the late 1950’s and disastrously used to treat morning sickness in pregnant women. Research published in 2010 showed that Thalidomide binds to a ubiquitin ligase called Cereblon, leading to a molecular glue effect that causes Cereblon to drive the degradation of a range of neo-substrates. Thalidomide is still used in the clinic today to safely treat a variety of conditions, although the precise mechanism of action underlying both its efficacy and teratogenicity remains unclear.

More recent examples of molecular glues are anticancer aryl-sulfonamides1,2, such as Indisulam, and the CDK inhibitor CR-83, both examples of small non-PROTAC molecules that drive protein degradation by creating novel interactions between ubiquitin ligases and neo-substrates.

With respect to TPD, molecular glues have a significant advantage over PROTACs in that they adhere more closely to conventional small molecule design principles.

In contrast to PROTACs, the much smaller molecular glue compounds more easily abide by Lipinski’s rule of five. They would be expected to have higher membrane permeability and better uptake, and in general be much less likely than PROTACs to pose a significant challenge for penetration of the blood-brain barrier – important for treatment of any CNS indications. Moreover, molecular glues would also likely be synthetically more tractable, with more straightforward structure–activity relationship (SAR) than PROTACs.

So, where are all the glues? 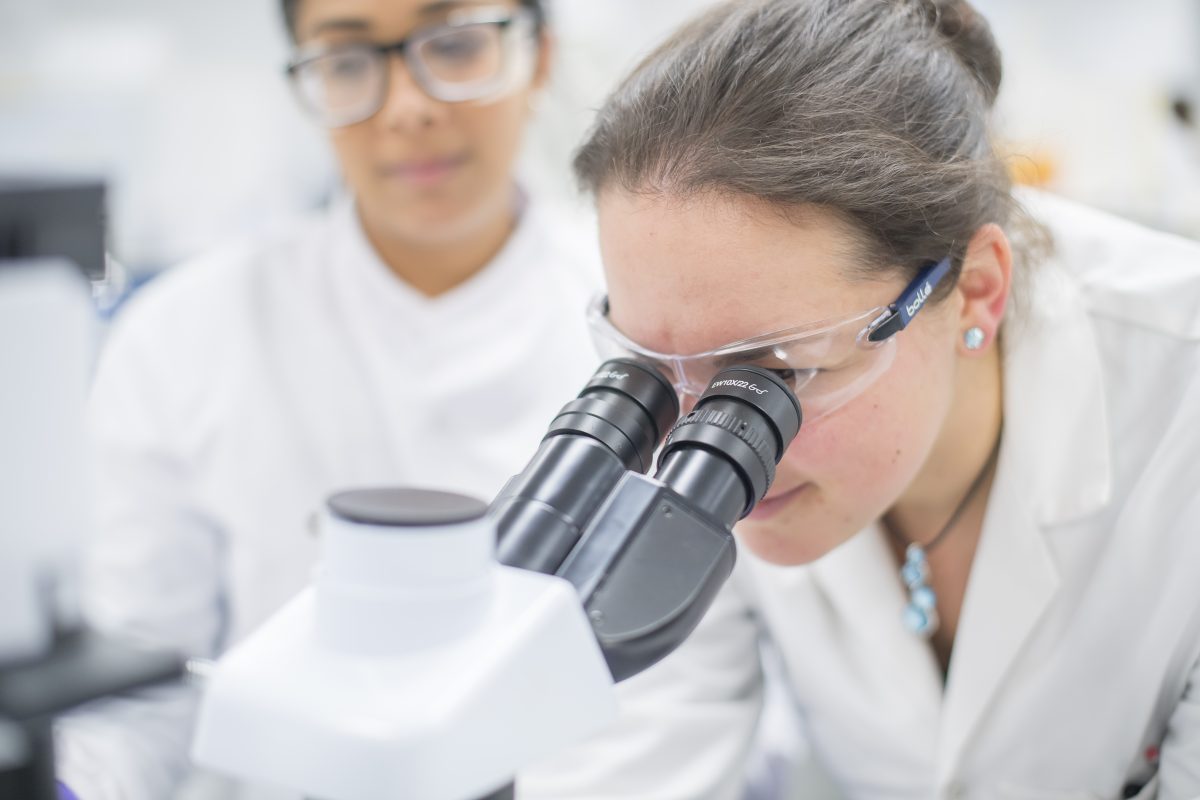 With all this going for them, why have molecular glues not made a noticeable impact in drug-discovery?

This question is largely answered by the fact that current TPD-related molecular glues have been serendipitously found, i.e. they were not designed or developed with the specific purpose of inducing degradation in mind.

A conscious effort to identify molecular glues that artificially drive the interaction between a ubiquitin ligase and a specific disease-causing protein appears on the face of it to be an exceptionally challenging exercise. In this scenario we would not only search for a compound that binds a protein, but at the same time this binding is required to elicit a molecular glue effect with respect to another protein. So, although seductively aligned with properties that could turn them into good drugs, molecular glues are likely to present devilish challenges with respect to finding them.

However, even if the odds seem long, it has been speculated that molecular glue effects may be more common than anticipated. It’s worth noting that a recent report has highlighted the successful use of an HTS screen to identify a compound with molecular glue properties4. In light of this, it is interesting to theorize that perhaps a fragment-based screen would be even more likely to generate hits than an HTS or MTS. Fragments are much smaller than the average drug-like molecule included in MTS and HTS decks, and because of this, more likely to find binding pockets on any given protein, and thus perhaps also more likely to probe a larger space of possible surfaces for molecular glue effects.

Technologies such as HTRF that measure interaction between two proteins are well established in drug-discovery screening. Although most often employed to search for small molecules that inhibit interactions, these methodologies can equally well be used to find compounds that promote interactions between proteins. Sygnature’s state-of-the-art HTS, MTS and FBDD compound libraries have great potential to support finding small molecules eliciting molecular glue effects. While this would require bespoke method development and validation, it’s conceivable that running an HTS, MTS or fragment screen with Sygnature’s libraries could lead to the identification of hits that bring a ubiquitin ligase and a protein of interest together. If successful, the identification and development of designer molecular glues would be a game-changer in the field of targeted protein degradation.

Sygnature is well placed to help clients address the challenges around developing molecular glues in the TPD field, counting on excellent skills in biophysics, biochemistry, and cell biology alongside of our capabilities in medicinal and computational chemistry. This, as well as our hit-finding expertise and broad experience with various disease indications, puts us in a good position to support projects focusing on molecular glues.

If you would like to explore the possibilities of molecular glues and how Sygnature’s capabilities could play a role, get in touch.