Sygnature Discovery > Synthetic chemistry in focus at From Farm to Pharma

Synthetic chemistry in focus at From Farm to Pharma

We were pleased to host the final ELRIG networking event of 2021 last month at Alderley Park.

Synthetic chemistry has been at the forefront of activities at Alderley Park for the last 65 years. Its application has led to numerous molecules responsible for improving human health and wellbeing, including Tamoxifen, the first ever targeted therapeutic for cancer.

Advances in synthetic chemistry have underpinned the discovery of all these molecules, and while the Park has transformed from a large pharma research hub into a science park, it remains home to a vibrant community of chemists across a wide variety of organisations and applications, focusing particularly on the delivery of novel human therapeutics and agrochemicals to ensure security of our food supply.

This networking event, entitled From Farm to Pharma and chaired by our Vice President of Oncology Drug Discovery Allan Jordan, celebrated the strength and diversity of synthetic organic chemistry, with the evening’s speakers showcasing some of the activities being undertaken across the organisations who call Alderley Park their home. 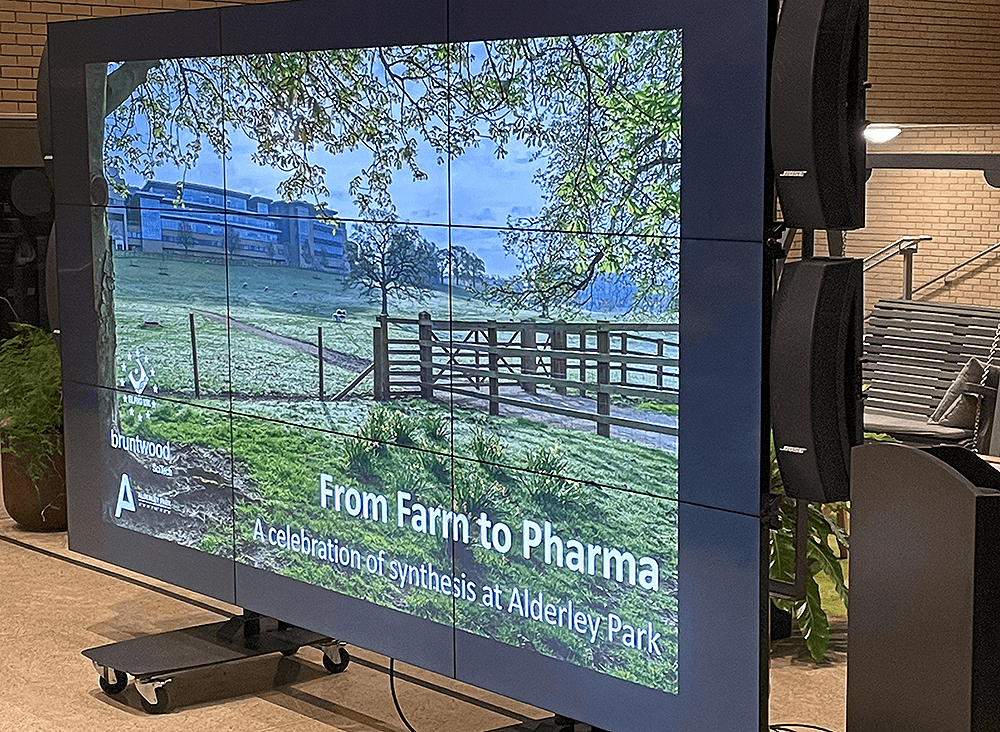 Kicking off the event, Stuart Brown, CEO at Apex Molecular, described some of the challenges of working with ultra-high potency molecules, such as those deployed as payloads in antibody-drug conjugates.

Stuart discussed both the technical and logistical challenges of keeping occupational exposures to these agents within safe limits, and discussed the complexities of derivatising such molecules before they’re conjugated to biomolecules for therapeutic application.

Next, Victoria Jackson, Operating Officer and UK R&D Team Lead at Globachem Discovery, described recent work in the development of novel agricultural fungicides. Elegant computational studies allowed the detailed structural understanding of natural product-derived macrocyclic fungicides and their simplification to less complex but equally effective derivatives, which could be delivered much more cost-effectively to farmers.

Victoria’s talk also gave an interesting opportunity to compare and contrast the parallels and differences of agrochemical chemistry compared to the delivery of human therapeutics.

These scaffolds were then further elaborated to deliver over 40,000 proprietary molecules for screening. The talk described the automation and logistics required to deliver these compounds, the physicochemical ethos behind their design, and some elegant examples of the syntheses used in their production.

It was another highly enjoyable evening of fascinating talks and networking – so stay tuned in 2022 for news of further ELRIG events in the year to come!

Get your copy of our eBook, Accelerating Drug Discovery: How to Increase Productivity with Integrated Strategies