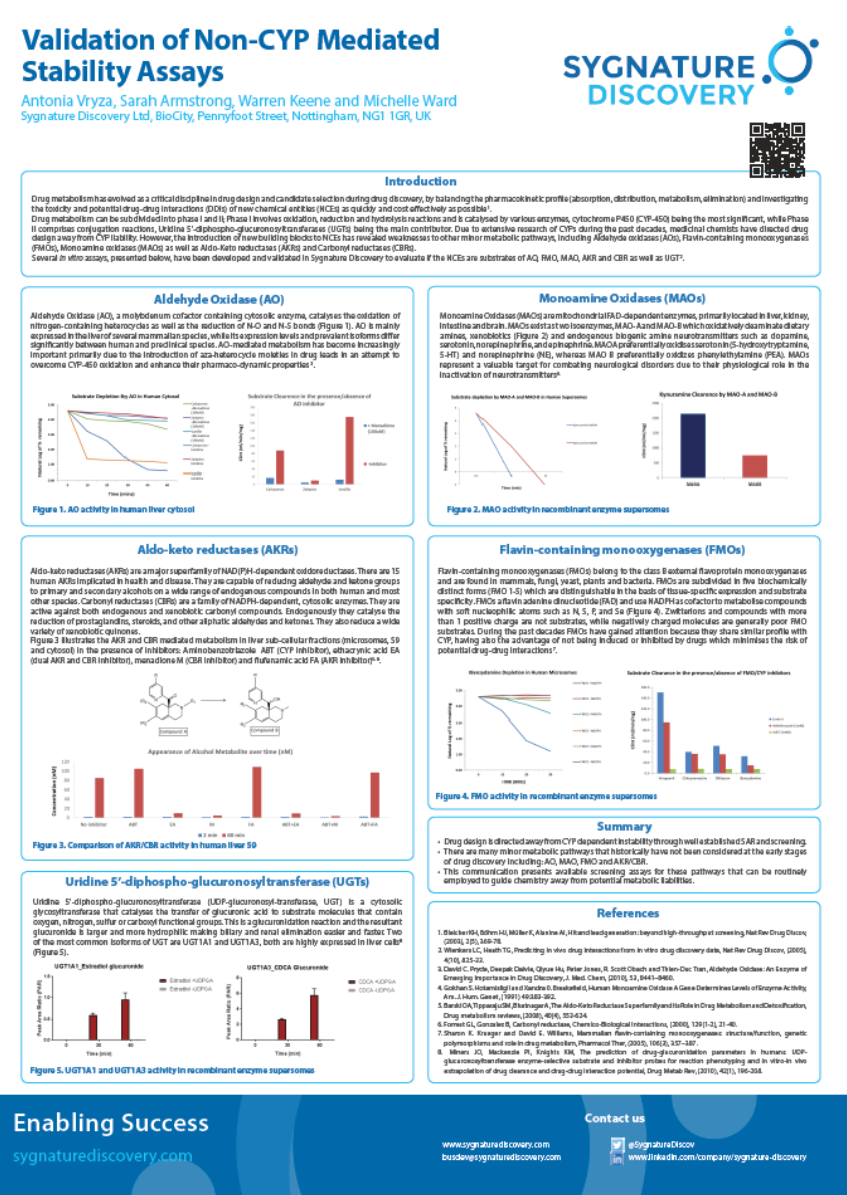 Drug metabolism has evolved as a critical discipline in drug design and candidate selection during drug discovery, by balancing the pharmacokinetic profile (absorption, distribution, metabolism, elimination) and investigating the toxicity and potential drug-drug interactions (DDIs) of new chemical entities (NCEs) as quickly and cost effectively as possible.

Drug metabolism can be subdivided into phase I and II; Phase I involves oxidation, reduction and hydrolysis reactions and is catalysed by various enzymes, cytochrome P450 (CYP-450) being the most significant, while Phase II comprises conjugation reactions, Uridine 5’-diphospho-glucuronosyltransferases (UGTs) being the main contributor. Due to extensive research of CYPs during the past decades, medicinal chemists have directed drug design away from CYP liability. However, the introduction of new building blocks to NCEs has revealed weaknesses to other minor metabolic pathways, including Aldehyde oxidases (AOs), Flavin-containing monooxygenases (FMOs), Monoamine oxidases (MAOs) as well as Aldo-Keto reductases (AKRs) and Carbonyl reductases (CBRs).
Several in vitro assays, presented below, have been developed and validated in Sygnature Discovery to evaluate if the NCEs are substrates of AO, FMO, MAO, AKR and CBR as well as UGT.