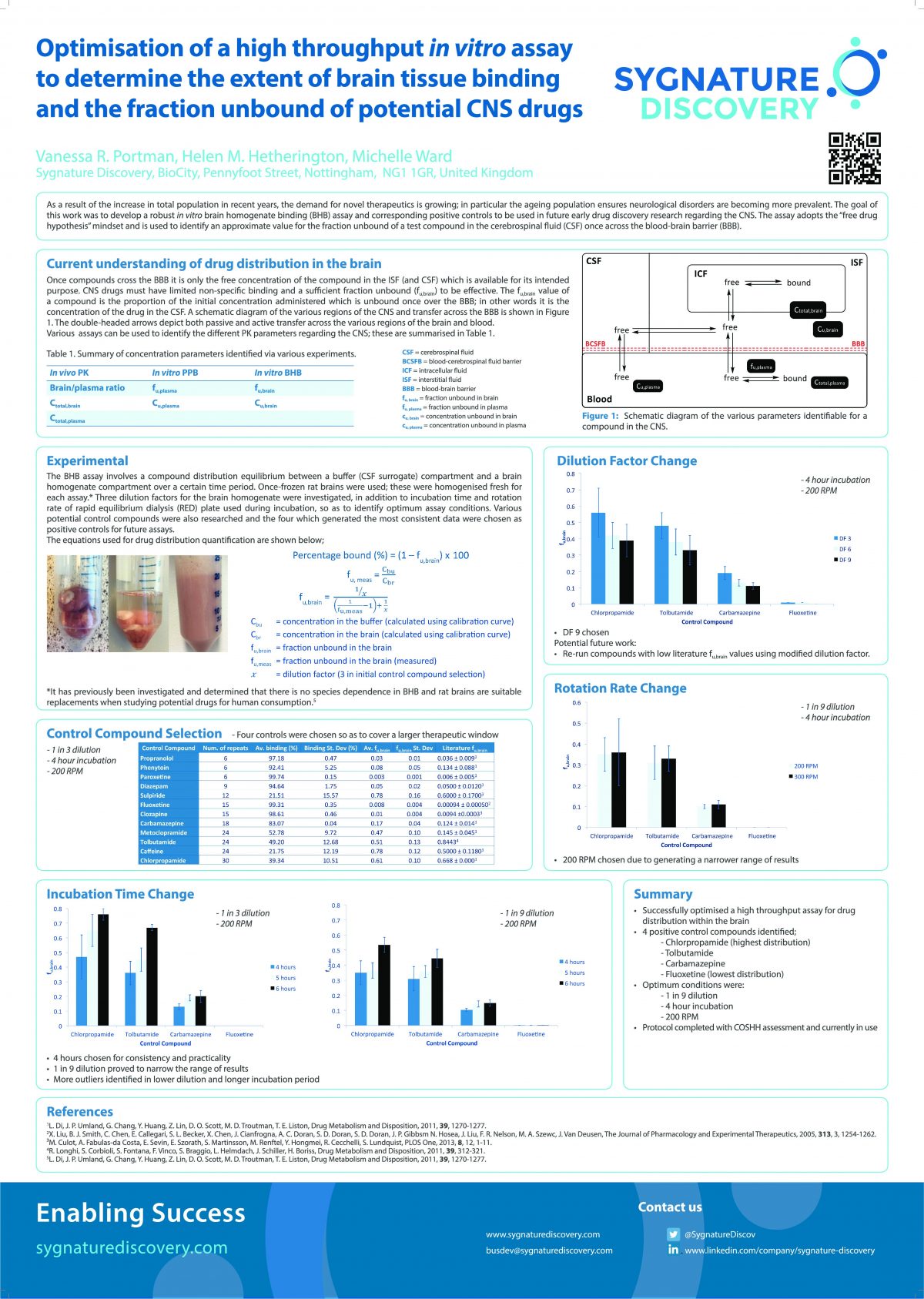 As a result of the increase in total population in recent years, the demand for novel therapeutics is growing; in particular the ageing population ensures neurological disorders are becoming more prevalent. The goal of this work was to develop a robust in vitro brain homogenate binding (BHB) assay and corresponding positive controls to be used in future early drug discovery research regarding the CNS. In the assay, a compound equilibrium is achieved between rat brain homogenate and Dulbecco’s PBS (a cerebrospinal fluid surrogate). The assay adopts the “free drug hypothesis” mindset and is used to identify an approximate value for the fraction unbound of a test compound in the CSF once across the blood-brain barrier (BBB).

Various experimental conditions were investigated, in addition to a range of potential positive control compounds. The four control compounds which generated the most consistent results, and thus chosen for future work, were chlorpropamide, tolbutamide, carbamazepine and fluoxetine. The four controls cover a range of distribution values; generating fraction unbound in brain values of approximately 0 to 0.5. The optimum conditions identified were a dilution factor of 9 for the rat brain homogenate and an incubation period of 4 hours whilst rotating the rapid equilibrium dialysis plate at 200 RPM.