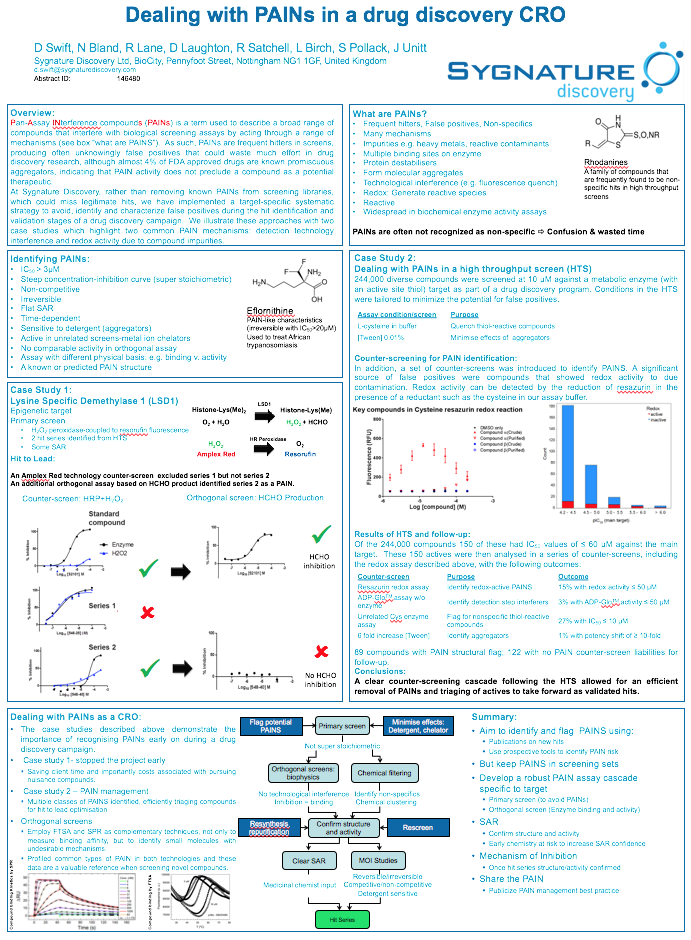 Dealing with PAINs in a drug discovery CRO

Pan-Assay INterference compounds (PAINs) is a term used to describe a broad range of compounds that interfere with biological screening assays by acting through a range of mechanisms (see box “what are PAINS”).  As such, PAINs are frequent hitters in screens, producing often unknowingly false positives that could waste much effort in drug discovery research, although almost 4% of FDA approved drugs are known promiscuous aggregators, indicating that PAIN activity does not preclude a compound as a potential therapeutic.

At Sygnature Discovery, rather than removing known PAINs from screening libraries, which could miss legitimate hits, we have implemented a target-specific systematic strategy to avoid, identify and characterize false positives during the hit identification and validation stages of a drug discovery campaign.  We illustrate these approaches with two case studies which highlight two common PAIN mechanisms: detection technology interference and redox activity due to compound impurities.