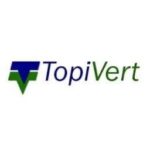 One of Sygnature Discovery’s long-term clients, TopiVert Pharma, has recently initiated clinical trials with TOP1288 and TOP1630.  Both compounds were first synthesised at Sygnature during the successful collaboration.  TOP1288 and TOP1630 are Narrow Spectrum Kinase Inhibitors (NSKIs).  NSKIs target several important kinases in the signalling cascade in inflammatory cells.  They have two key attributes which promise enhanced efficacy and improved safety over current therapies: firstly, they have excellent activity against a select range of key kinases that play pivotal roles in multiple inflammatory pathways giving rise to a broad synergistic effect in models of both innate and adaptive immunity; and, secondly, a localised, non-systemic mode of action which minimises exposure to the body’s healthy tissues.

TOP1288: – The Phase I study is designed to assess the safety, pharmacokinetics and pharmacodynamics of TOP1288 when delivered orally in healthy volunteers.  A Phase IIa POC study of a rectal formulation of TOP1288, which is on-going in Europe, aims to demonstrate the efficacy and safety of the compound in the treatment of UC when the drug is delivered directly to the site of disease in the colon.  This POC study with a rectal formulation is intended to guide the development of an oral formulation of TOP1288 as the intended commercial presentation. Results from both clinical studies are expected in the second half of 2017.

TOP1630: – When administered as eye drops, TOP1630 is absorbed and retained in target inflammatory cells in the cornea with only minimal systemic exposure, making it an ideal topical eye therapy.  TOP1630 has the potential to provide rapid symptomatic relief together with long term efficacy in the treatment of the signs and symptoms of DES.  The POC study in DES patients is expected to report in the second half of 2017.

IBD is a term used to describe several diseases that involve inflammation of the gastrointestinal tract.  The two most common forms of IBD, Crohn’s disease and UC, together affect over 4 million people worldwide.  They are both chronic relapsing conditions that cause bloody diarrhoea, abdominal pain and significant reductions in a patient’s quality of life.  Current treatments for UC involve administration of oral, rectal or intravenous/sub-cutaneous anti-inflammatory and immunomodulatory therapies, including biologics.  At least 40% of patients have poorly controlled disease and around 20% require surgery to manage the condition.

DES is a common inflammatory disorder of the front of the eye which is estimated to affect 5-6% of adults, with women more commonly affected than men.  More than 15% of the population over the age of 65 suffer from DES.  Current treatments have only limited efficacy in treating both the signs and symptoms of the disease and often produce unpleasant side-effects.