The World Health Organisation estimates that approximately 422 million people worldwide have diabetes. Type 2 diabetes is primarily a chronic disease where blood glucose levels are too high due to an insensitivity to the circulating hormone, insulin. 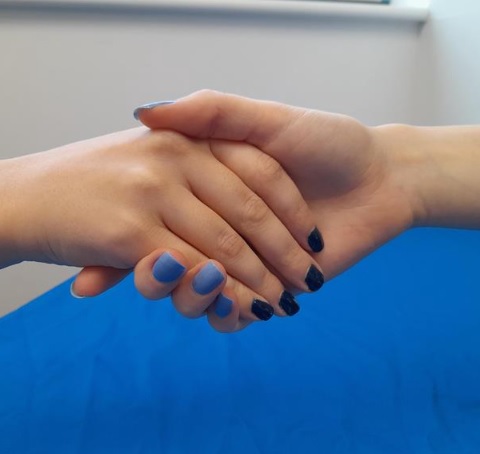 The disease is a major cause of blindness, kidney failure, heart attacks, stroke and lower limb amputation. The prevalence of the disease has increased over the past years and is no longer largely restricted to Western cultures but has a worldwide impact with countries including China and India hugely affected. Indeed, the majority of individuals with diabetes live in low-and middle-income countries, and 1.5 – 2.0 million deaths are directly attributed to diabetes annually. This increase in the global incidence of diabetes has occurred despite an intense drug discovery effort to develop safe and effective treatments.

Does this indicate a failure of the drug discovery process or does it belie a disorder of enormous complexity with associated pathologies that are unlikely to be satisfactorily treated by any single/combination drug therapy in all patients?

Clearly, despite the discovery and prescription of insulins and the use of drugs such as the biguanide, metformin, since the 1950s, there is a huge unmet need in the treatment of diabetes and its associated complications. However, drug discovery strategies have been enormously varied and at the time of writing there are multiple clinically effective pharmacological approaches available to treat type 2 diabetes in patients when used in combination with dietary and exercise interventions.

In brief, an oral glucose load leads to a greater plasma insulin excursion than if a matched glucose dose was administered by the intravenous route. This enhanced (c.f. 60-70%) pancreatic βcellmediated insulin response to glucose delivered “via” the gastrointestinal tract is the “incretin effect” and mediated primarily by two peptides: glucagon like peptide 1 (GLP-1) and glucosedependent insulinotropic peptide (GIP). This incretin effect is typically blunted in diabetic patients and, accordingly, efforts in drug discovery have led to the approval of injectable drugs which include the GLP-1 receptor agonists, liraglutide, exenatide, semaglutide and more recently (May 2022) the “twincretin” dual-agonist, tirzepatide, which targets both GLP-1 and GIP. Indeed, results from a number of clinical trials (SURPASS) with this drug are eagerly awaited.

In regard to orally active approaches these include:

1) metformin, typically the initial therapy for patients and the most widely prescribed oral drug for diabetes treatment, with an action to reduce hepatic glucose production and improve hepatic insulin sensitivity;

2) sulfonylureas (e.g. tolbutamide) and meglitinides (e.g. repaglinide) that act as insulin secretagogues so effective only in those patients with some pancreatic β cell function;

4) αglucosidase inhibitors (e.g voglibose), which inhibit the metabolism of simple and complex carbohydrate (disaccharides and oligosaccharides) into monosaccharides so delaying their digestion and absorption;

5) the dopamine D2 receptor agonist, Bromocriptine (cycloset), which whilst originally identified as a treatment of hyperprolactinaemia has effects to improve glucose control in patients although the exact mechanism of action is not well understood and it differs from other treatment strategies detailed here in that it is a centrally acting therapeutic;

6) sodium-glucose transport protein 2 (SGLT2) inhibitors (e.g. empagliflozin) which via an action in the proximal tubules of the kidney promote expulsion of glucose via the urine (an effect dependent upon renal function and the existing hyperglycaemia);

The summary illustrates the varied pharmacological strategies that are approved for the treatment of type 2 diabetes. Some common mechanisms are apparent: hence, incretin-based approaches are related to a number of injectable options and also the oral therapeutics described in 7), 8), 9). However, notwithstanding some serendipitous findings, drug discovery in diabetes has resulted in a number of diverse treatment options including central and peripheral-based mechanisms and the targeting of different organs: brain, liver, kidney, pancreas etc. Yet despite this, the incidence of diabetes and the complications it drives (retinopathy, neuropathy, nephropathy, cardiomyopathy) continue to increase in prevalence on a worldwide scale with the huge associated cost in both human and economic terms.

The treatment of diabetes involves a multifaceted approach

The non-pharmacological intervention of promoting weight loss through increasing exercise and improving dietary and lifestyle choices are the cornerstones of treatment although for many increasingly hard to achieve in a world where high fat, ultra-processed foods are typically cheap, accessible, options and where gym memberships or access to suitable sports/leisure facilities maybe too costly or simply unavailable. Importantly, diabetes is a complex polygenic disease driven by multiple pathophysiological processes. Patients will present at different stages of the disease and with different aeteologies (diabetic phenotypes of South Asian, East Asian and African patients are markedly different from those of white populations).

Accordingly, the  most appropriate pharmacological treatment should reflect the precise needs of individual patients: for example patients with impaired βcell function may benefit from an SGLT2 inhibitor (6) more than drug classes designed to increase insulin stimulation (e.g. metformin or incretinbased therapies). It is perhaps not surprising that the use of multiple drug treatments (different classes/mechanisms of action) in combination is standard in clinical practice and routinely assessed in clinical trials. As an example, Qternmet XR contains dapagliflozin (6), saxagliptin (7), and metformin (1).

Type 2 diabetes is an area with a rich history in successful drug discovery where the efforts of clinicians, academia, the pharmaceutical industry and preclinical CROs have undoubtedly improved the lives of many sufferers. However, the disease is likely to increase in prevalence even further and drug discovery still has a key role to play in the generation of future drugs that improve existing therapies or represent new classes and which may one day help to reduce the burden of this disease on the health of the world’s population. 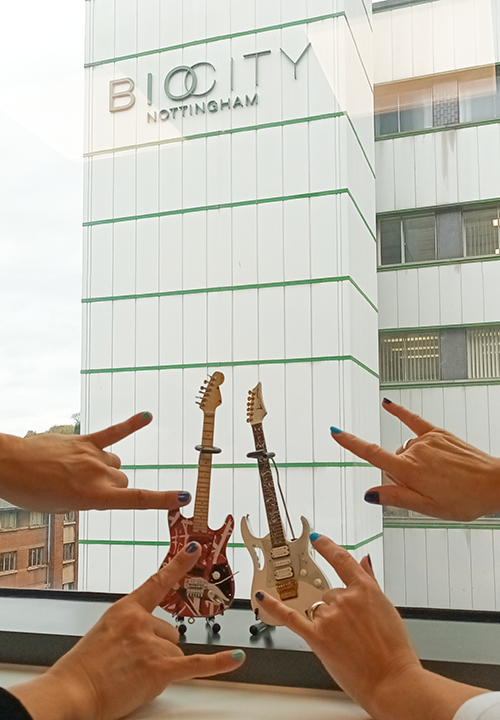 Thank you to everyone here at Sygnature Discovery who took part in Diabetes UK’s #nailingdiabetes campaign!

Together, we will nail the cure.