Stoptober: Prevention is better than cure

Allan Jordan, Sygnature’s VP of oncology drug discovery, explains why campaigns such as the NHS’s Stoptober are so important in preventing disease.

The NHS’s annual Stoptober campaign to help people give up smoking is an important public health mission. Smoking is the direct cause of more than 70% of lung cancers, and Stoptober fits squarely into the ‘preventing disease’ part of the NHS’s Long Term Plan. The programme offers advice on smoking cessation support and even an app, with the aim of reducing the disease burden. 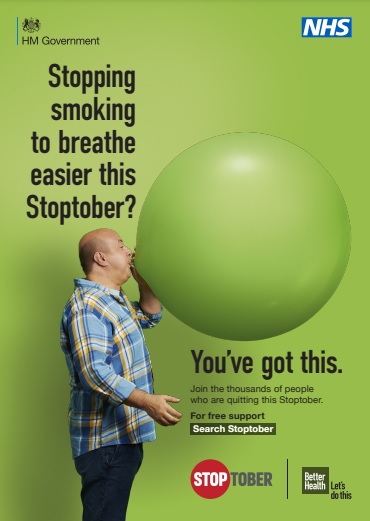 The potential health benefits of stopping smoking are striking. In the short term, it will improve both circulation and breathing. After a year, the risk of a heart attack will have reduced by half; after a decade, the risk of lung cancer will have halved, too.

“The potential health benefits of stopping smoking are striking…After a year, the risk of a heart attack will have reduced by half“

Of course, there are other elements of a healthy lifestyle we should all be committing to, such as trying to eat five portions a day of fruit and vegetables, not drinking too much, and exercising. These are all well known to reduce disease.

However, compliance remains a problem with all healthy living regimes, as there is no guarantee that the sacrifices will make a difference to an individual – disease reduction statistics are, of course, on a population scale. A person can lead the healthiest possible existence, and while they may be less likely to get ill, it doesn’t mean they won’t. The entertainer Roy Castle never smoked, yet famously died from lung cancer, albeit through passive smoking. In stark contrast, my own grandmother smoked 40 a day, and died at the ripe old age of 97 having never developed the disease.

We have made significant advances in the prevention of cancer in recent years. The drive to persuade people to give up smoking has been huge, of course. But our fundamental understanding of cancer and how some instances of the disease develop has improved massively, too. A great example is the realisation that some viruses can cause cancer, notably Epstein-Barr virus, and also the human papillomavirus, which is a significant risk factor for cervical cancer. This understanding led to the development of the HPV vaccines which, in time, we believe will prevent up to 90% of all cases of cervical cancer.

We have also learnt a lot more about where and how cancer initiates, including where external factors can play a role. It was reported at the ESMO Congress in Paris in September 2022 that inhaling particulates from vehicle exhausts and burning fossil fuels can trigger lung cancer in never-smokers via an inflammatory pathway. Reducing particulate exposure could prevent that inflammatory response, and prevent even more cases of cancer.

“It was reported at the ESMO Congress in Paris in September 2022 that inhaling particulates from vehicle exhausts and burning fossil fuels can trigger lung cancer in never-smokers via an inflammatory pathway.“

In future, we may well find many more cancer causes have their roots in the environment around us, including the air that we breathe. The current thinking is that a third of cancers might be preventable, but I believe this is a significant understatement.

And, clearly, prevention has to be better than cure. With prevention, there are no side-effects, there’s no burden to the NHS, no treatment regime, and no impact on people’s lives other than striving to live a little more healthily. Being healthy goes a long way to preventing other diseases as well as cancer – diabetes, heart disease, mental health issues, the list goes on. Stoptober isn’t just about lifestyle changes to prevent cancer. The wider health benefits are significant as well.

Yet however healthily we live, there will always be cancers (and other diseases) that are not preventable. I’ve always said that it would be great if we could prevent all cancers and I was therefore out of a job, but that’s unlikely to happen. We will still need new, effective, better treatments for disease, whether preventable or not, and our mission is to help create them. We remain dedicated to providing the therapies of tomorrow for those whose disease can’t be prevented. 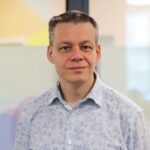 Want to delve deeper into oncology? Stop by more of Allan’s articles on oncology drug discovery.