NASH – a disease on the rise with no available drug treatment

Nonalcoholic fatty liver disease (NAFLD) has become the most common cause of chronic liver disease in the western world. But despite recent investment, we still have no drug treatment on the market, and accessible diagnosis remains a challenge. Keld Fosgerau explores the challenges and the current trajectory of NASH drug discovery.

NAFLD is a complex spectrum of liver diseases ranging from benign fatty liver (hepato-steatosis) to its more aggressive necro-inflammatory manifestation, nonalcoholic steatohepatitis (NASH). A sub-set of NASH patients develops cirrhosis and sometimes liver cancer (HCC, hepatocellular carcinoma), and today NASH has become the fastest-growing reason for a liver transplant in several parts of the western world, with serious implications for patients as well as the health care economy.

The exact cause of NAFLD and NASH has yet to be uncovered, but researchers have identified several key risk factors:

The trouble with diagnosis

While there is a well-established association between excess adiposity and NAFLD, the presence of obesity is not sufficient to predict NAFLD or NASH. Often the disease has no obvious clinical manifestations and it can therefore remain silent for several years as it progresses. 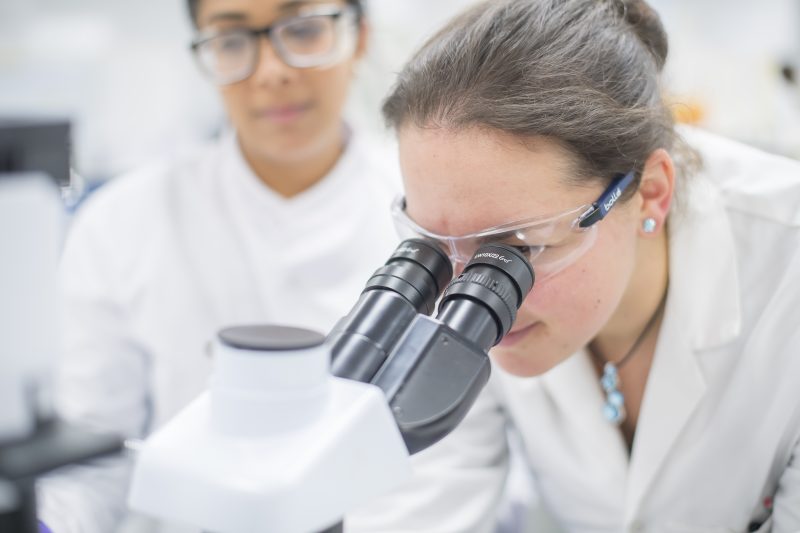 Today, NASH diagnosis is often formally established using a liver biopsy. But this invasive procedure, while currently the gold standard, can be costly, uncomfortable, and potentially risky for patients. Additionally, the number of specialists available to perform and interpret a biopsy is very limited compared to the number of patients suspected to have NASH, making it impractical as part of a standard clinical routine. As such, liver biopsy represents a significant restriction for the larger population to access diagnosis.

Alternative, noninvasive diagnostic methods do exist, including imaging-based techniques such as ultrasound, magnetic resonance imaging (MRI), transient elastography, ultrasound elastography, and magnetic resonance elastography (MRE). Unfortunately, none of these methods were originally designed to diagnose all features of NASH. Although these techniques can prove powerful, some are also very costly and time consuming. Further, all of them require expert use and interpretation that prevent broad access in primary care, further delaying or complicating the process of NASH diagnosis.

Finally, specific blood biomarkers of NASH have been sought, but are not yet available for diagnosis. While specialists have been attempting to quantify a patient’s risk of liver disease using routine blood tests (e.g., liver enzymes levels [aspartate aminotransferase (AST), alanine transaminase (ALT)], platelets), these general biomarkers are not sufficient on their own to be reliable diagnostic tools for NASH and fibrosis.

Taken together, despite attempts for developing predictive imaging- or blood-based diagnosis tools, the area is still dependent on “old-fashioned” biopsy-based histopathology.

The race towards the first approved drug for NASH

While the numbers of NASH patients and associated liver transplantations are going up, there are still no FDA approved drugs on the market. Starting about 5-10 years ago, this has prompted a NASH “frenzy” and substantial efforts to identify novel drug therapies.

In the beginning this hectic race was probably driven mainly by new and established biotechnology companies (re-)purposing their drug candidates towards this unmet medical need, aided by good support from the investment environments seeing an obvious commercial opportunity.

Lately, this interest has continued despite major delays and halted programs in the space. Pharma companies, including some of the larger players in the metabolic space, have also recently entered the arena as a second wave. This has spurred larger programs for understanding the disease, with the aim of correcting underlying metabolic deficits and preventing or alleviating hepatic fibrosis in NASH.

As a result of the many players in the drug development space, and the relatively few numbers of patients with biopsy-confirmed NASH, recruiting of patients has become a major time-critical factor for several clinical programs.

NASH describes a complex disease involving staged processes like steatosis, inflammation, fibrosis, and eventually cirrhosis and hepatocarcinoma, with a time perspective of several years and maybe even decades, making it difficult to capture all these elements in an animal model. Often researchers must build their understanding of drug candidates based on input from several animal models covering different aspects of the human disease. For example, anti-steatosis may be addressed in one type of model, while anti-fibrosis in another.

With no drugs on the market, the clinical translatability of any animal model, cell system, or other assays used in drug discovery remains to be proven. In fact, some of the best-established reference molecules have failed in clinical Phase II/Phase III, making drug discovery a challenging game in the NASH area, compared to for example obesity and diabetes areas, where translatability of models has a better track record.

With biopsies still being the criteria for diagnosis of NASH and the presence of the histopathological feature called a “ballooning” cell, it may be somewhat subjective how the disease is qualified in animals, and certainly the introduction of more qualitative measures would ease the understanding of translational aspects.

While there is an increasing and obvious unmet medical need for treatment of NASH, the initial “frenzy” has been replaced by a longer-term commitment to building translational understanding and clinical practices. This move is ultimately a positive one, and with the continued perseverance of drug discovery scientists, we can hope and expect that this substantial investment will lead to improved treatment of patients in the not-too-distant future.

We continually engage with our industry on a range of topics. If you would like to discuss NASH drug discovery, our capabilities or what we are about, then we’d love to hear from you. You can get in touch by using any of the contact forms on our website.