This month sees the official opening of our new Form and Formulation department. But why are we bringing formulation scientists and thinking into the drug discovery process at an early stage?

Following a £1.5m capital investment, the state-of-the-art new facility at our Nottingham site will provide our drug discovery customers with a seamless and integrated approach into early chemistry, manufacturing and controls development.

Traditionally, we’ve supported customer projects through to candidate drug nomination stage. Until now, this is where their journey with us ended. Some of those candidates may well progress to becoming a drug, while others will go on to fail.

But with the launch of our new Form and Formulation Department, that’s changing.

We’ll be able to help customers maximise their success in progressing towards the clinic and beyond from earlier in the process.

Thinking about formulation way before the clinic

The introduction of the Form and Formulation team, along with the recent expansion of our DMPK team, puts us in a unique position.

There’s an increasing need to engage with formulation scientists at an earlier stage in drug discovery process and, more importantly, to involve the DMPK, in vitro and in vivo pharmacology, and chemistry teams to help avoid challenges of poor bioavailability of compounds early on.

Our DMPK team plays a key role in this process by making the human efficacious dose prediction range and human pharmacokinetic (PK) prediction as early as possible. Supplying this vital information to the formulation scientists, along with the theoretical gains that can be made, is pivotal.

We’ll estimate the human dose and PK prediction early on in lead optimisation, or even in the hit-to-lead stage.

This early intervention will predict the human plasma/time profile, including the half-life, clearance (Cl), volume of distribution (Vss) and bioavailability (F) of a drug. This will then guide the most appropriate formulation approach to maximise the desired exposure, which could also include controlled release

Once optimised, this allows the drug effect to last as needed, and also provides an option to increase bioavailability, which can decrease the dose and cost of goods.

Understanding all this information is extremely powerful in helping us to understand the drug loading context and implications on formulation.

Furthermore, if we then go on to get the Phase I trial PK exposure data back to review, we can refine the formulation and dose prediction to help the candidate progress into Phase II.

The major drivers for drug failure are lack of efficacy and inadequate safety profiles. Both these factors are intrinsically linked to exposure. 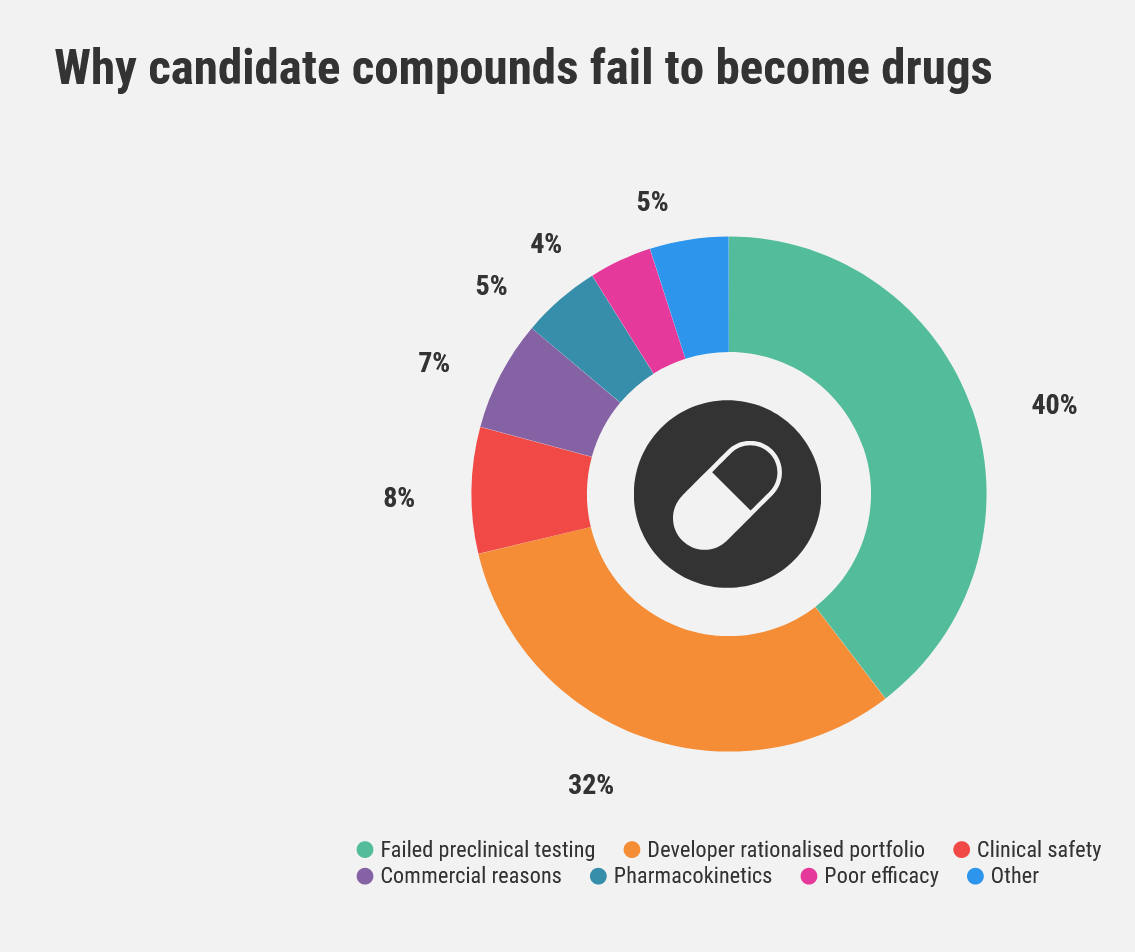 In the former, this can be insufficient exposure and inferior pharmacokinetic properties, such as short half-life or poor bioavailability. In the latter, it could be too much exposure relative to the ‘efficacy-required’ exposure.

If there is poor bioavailability and the drug enters the liver but is then efficiently metabolised away during the liver transit, then there will be limited efficacy, if any. Understanding the reasons influencing bioavailability – such as solubility of the drug, drug concentration or exposure – or the drug molecule physicochemical properties can also help us to understand if the route of administration is the right one.

By having the bioavailability and dose knowledge, we can bring early thinking around the appropriate formulation strategies, cutting time and helping to maximise success.

A game changer for Sygnature and drug discovery

This is an exciting new chapter for Sygnature Discovery.

Having the knowledge to inform the right formulation approach is arguably one of the most important pieces in the drug discovery jigsaw, and bringing in that decision making earlier in the process will result in better quality molecules.

There is nothing like the Sygnature offering in the market, yet there is a genuine industry need. The current CRO model often sees biotechs having to work with several specialist partners for different parts of their project, which can result in poor communication and inefficiencies.

The industry is changing, with an increasing number of biotechs taking their candidates on into Phase II rather than selling them off to big pharma at the candidate drug or early development stage.

Having candidates in the clinic is of huge importance to biotechs and their investors. We’re positioned to work with those companies strategically, supporting them for longer and helping them to successfully enter the clinic with promising candidates.

Our strategic, targeted approach to drug discovery sees the formulation scientists working with project teams early on to bring in the thinking while still making the compounds. That helps us to influence the chemistry earlier in discovery as required.

We offer a seamless approach where drug discovery chemistry, in vitro and in vivo pharmacology, DMPK and formulation come together under one roof to help to improve the pathway and eliminate failure.

This true integration supports the delivery and de-risking of drug candidates, while ensuring our teams work collaboratively with you on your projects to provide a strategic view for the development of compounds that will make it into the clinic and beyond.

That’s why we’re so excited about our new Form and Formulation department – and the huge difference it can make to our customers’ drug discovery projects.