The space occupied by a drug molecule in three dimensions, and how it fits into the target, is an important consideration when designing a new compound that might become a drug. Medicinal chemists commonly use 3D rendering software to visualise the shape of molecules by creating chemical structures they can rotate on a flat computer screen using a mouse or trackpad. But what if they could manipulate them in three dimensions instead, while still being able to see and interact with their colleagues? 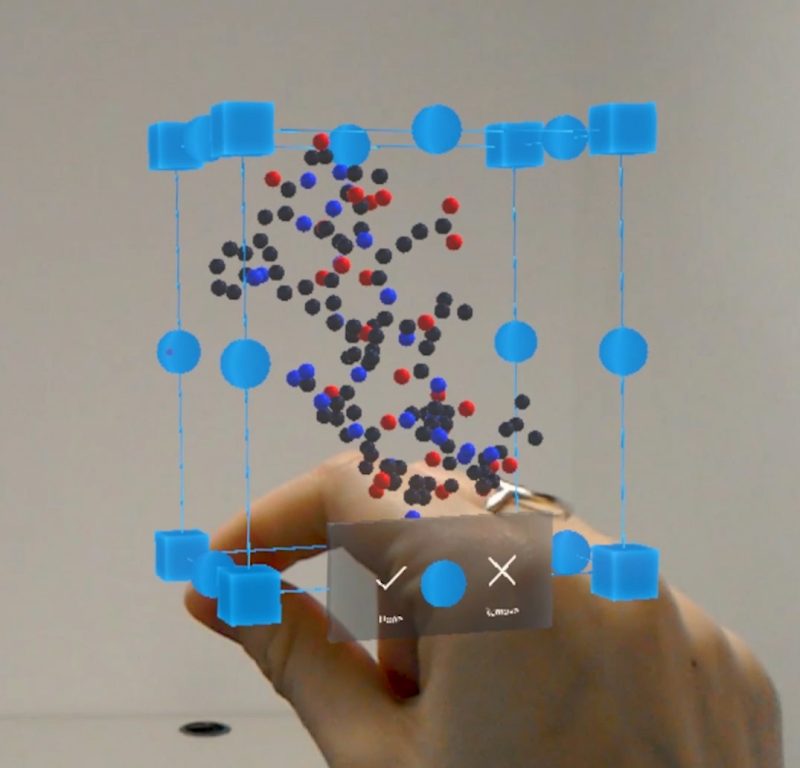 It may sound like science fiction, but scientists at Sygnature Discovery could soon be rotating virtual molecules in the world around them. Our Computational Chemistry department have spent the past year looking at how augmented reality (AR) can be applied to drug discovery. The project has now reached the prototype stage.

While virtual reality headsets are already applied to molecular visualisation, in practice this is not ideal for collaboration. ‘It’s good for immersing

yourself in a completely different world, but you’re there by yourself,’ says Dr Steve St-Gallay, Principal Scientist, Computational Chemistry. ‘AR is different – it brings the virtual world into the real world, along with the people around you. It liberates you from the computer screen. If you want to write notes, for example, you can still see your pen and paper. You can’t do that in a VR world.’

The VisMol system being developed at Sygnature uses Microsoft HoloLens technology to create the AR world. Esther Barlow-Smith has been working on coding the basic molecular visualisation platform that allows a person wearing the HoloLens headset to see computer-generated molecular models in the world around them. The next step towards creating a practical work tool is to add the functionality and features already seen in molecular design software. 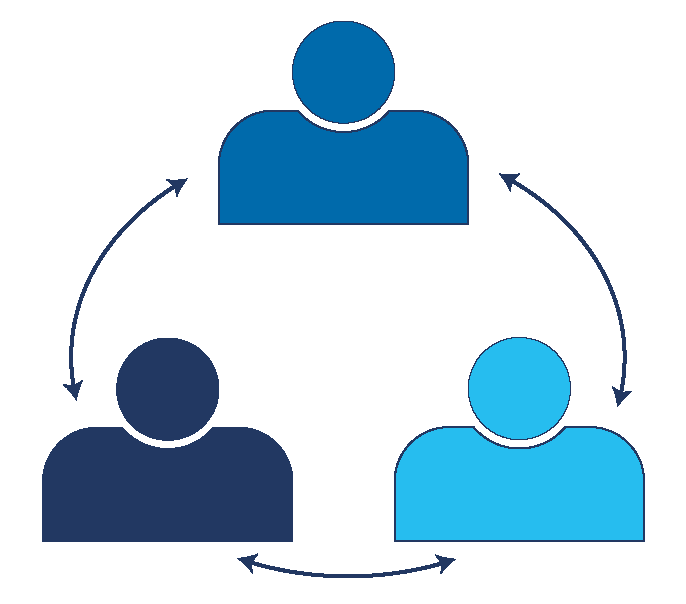 The ability to collaborate while in the AR world would be a key advantage. ‘These shared, interactive visualisation sessions could transform the way we perform collaborative design,’ Dr St-Gallay adds. ‘Ultimately, the technology could unshackle design teams from computer screens, keyboards and mice. Design meetings could take place in a room where tables are filled with virtual molecules and 3D graphs, and walls are covered with virtual sketches and ideas. It’s an exciting prospect.’ 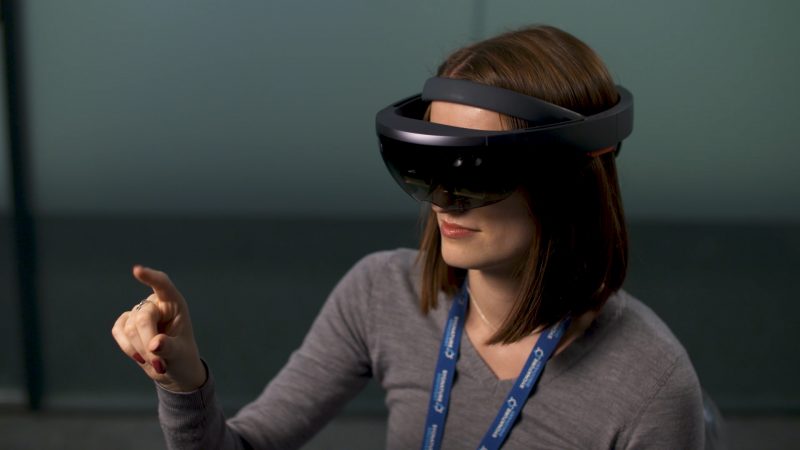 Esther Barlow-Smith is proud of what has been achieved so far, and excited about the technology’s potential in drug discovery. ‘It has been a really challenging project, but it’s been incredibly satisfying to have reached the stage where we can see and move molecules in an AR world,’ Dr St-Gallay adds. ‘We now have the basics required to make a truly interactive tool to enhance how scientists interact and collaborate, arguably one of the most important aspects of drug discovery.’

If you have any questions, would like to discuss our VisMol system, our capabilities or drug discovery in general then we’d love to hear from you. You can get in touch by using any of the contact forms.