About those National Retrosynthesis Competition wins…

What is retrosynthesis? What is the National Retrosynthesis Competition? And how great were our teams that won it?!

You may have heard already that two teams from Sygnature’s Chemistry Department emerged triumphant from this year’s National Retrosynthesis Competition. The annual contest, organised by the Society of Chemical Industry and the Royal Society of Chemistry, pits teams of chemists against each other to work out how a complex molecule might be made.

And nope, it’s not about trendy vintage science. Retrosynthesis is the way in which chemists look at a molecule and imagine the pieces they might be able to make it from, and the chemical reactions that could form the bonds between them. This process is repeated multiple times, with the pieces getting smaller each time, until all the fragments needed to make it are readily available.

This year’s molecule was phlegmadine C, an alkaloid isolated from the coarse tassel fern in 2019 by Chinese scientists. It’s a complicated structure, with multiple fused rings posing a real synthetic challenge.

Teams of chemists from industry and academia first had to submit their proposed retrosynthesis on paper. The most promising 10 were selected by the judges to take part in the competition day at SCI’s headquarters in London, and this included both Sygnature teams. The teams present the forward synthesis of the molecule in the final. They describe the process of making it from the simple starting materials – thus demonstrating their knowledge of the selectivity, efficiency and limitations of the chemistry they identified in their retrosynthetic analysis. 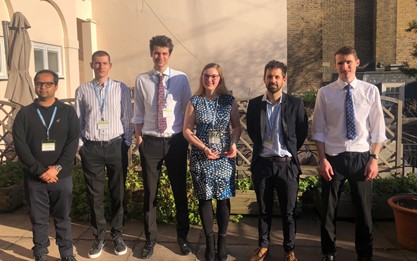 Each team had 20 minutes to present their retrosynthesis, then both the judges and the audience voted for which they thought was best. Two of the teams in the final 10 came from Sygnature. The team named ‘These molecules astatine to get on my nerves’ led by Benoit Audic won the overall judges’ prize, ahead of teams from Pharmaron and Loughborough University. Our second shortlisted team, ‘Philicity Actually’ led by Riccardo Di Sanza, won the Audience Choice award. ‘Working out a feasible synthesis for such a complicated molecule was an enormous challenge,’ Benoit says. ‘We’re delighted that Sygnature’s chemists were able to display their synthetic imagination. It was a real team effort.’ 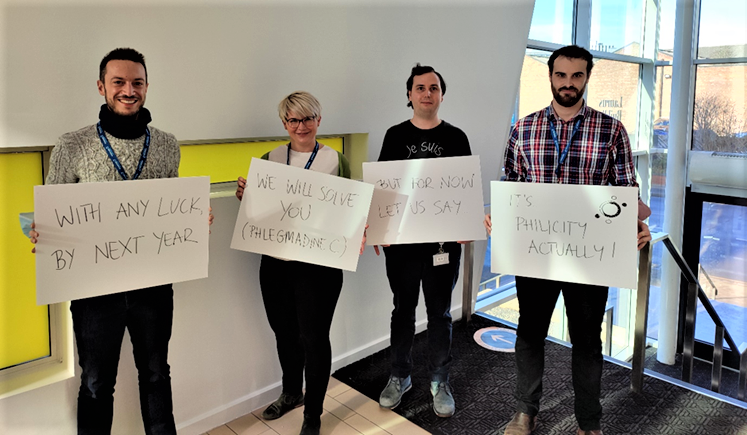 To win this prestigious competition, both as overall winners and with the Audience Choice prize, is a great achievement.  This highlights the strength and depth of synthetic chemistry across the team here at Sygnature.  As the projects we work on move into ever more challenging synthetic space, and as we seek to provide medicines against ever more challenging therapeutic targets, it is this kind of deep understanding of synthesis that positions us well to deliver maximal success for our customers and collaborators, and ultimately to deliver important medicines for patients.

Again, massive congratulations to Benoit, Riccardo and all the team members, you did us proud.