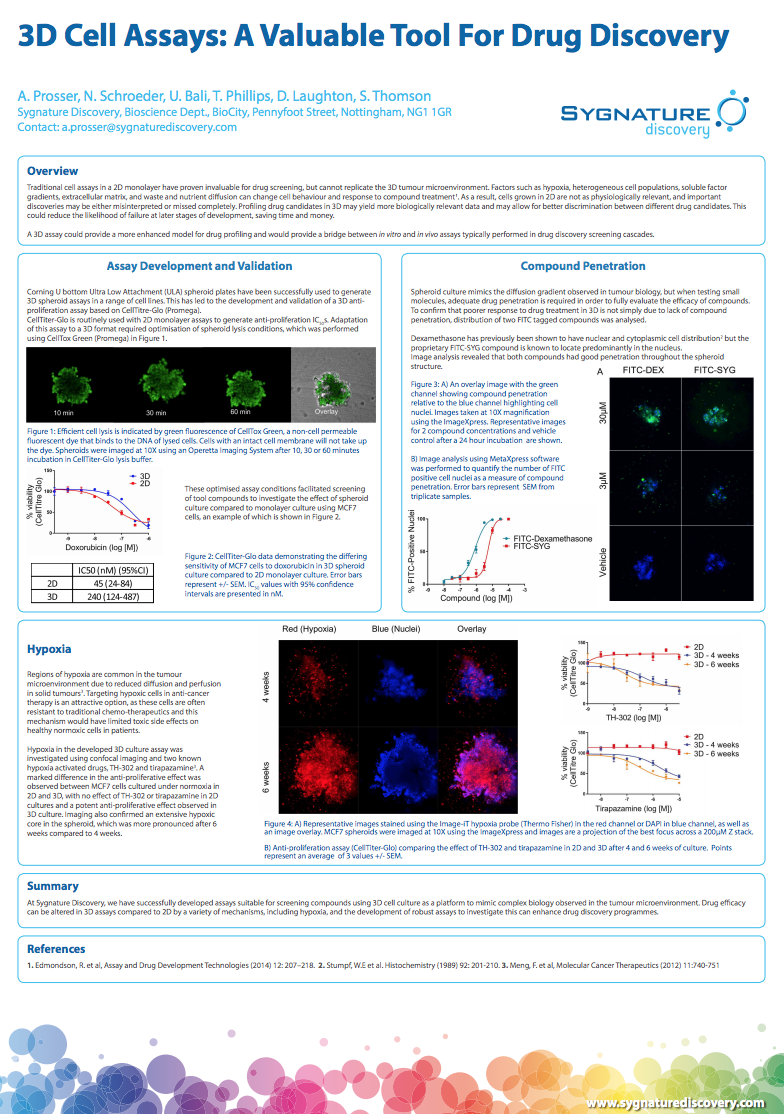 Traditional cell assays in a 2D monolayer have proven invaluable for drug screening, but cannot replicate the 3D tumour microenvironment.

Factors such as hypoxia, heterogeneous cell populations, soluble factor gradients, extracellular matrix, and waste and nutrient diffusion can change cell behaviour and response to compound treatment1. As a result, cells grown in 2D are not as physiologically relevant, and important discoveries may be either misinterpreted or missed completely. Profiling drug candidates in 3D may yield more biologically relevant data and may allow for better discrimination between different drug candidates. This could reduce the likelihood of failure at later stages of development, saving time and money.

A 3D assay could provide a more enhanced model for drug profiling and would provide a bridge between in vitro and in vivo assays typically performed in drug discovery screening cascades.