Drug metabolism can generate chemically reactive metabolites which have the potential to react with cellular components, such as DNA and proteins, altering their function and risk inducing idiosyncratic toxicity. This is a major issue for patient safety and has led to drug withdrawals and black box warnings.

Our fully validated Cyanide Trapping Assay is based upon microsomal incubation of parent compound in the presence of a cyanide source (KCN). Reactive metabolites formed during the incubation are trapped using a mixture of isotopically-labelled and unlabelled potassium cyanide and are detected using accurate-mass high-resolution mass spectrometry. The distinctive isotopic pattern increases confidence in the detection of low-level metabolites and helps reduce false positives. This assay is particularly appropriate for molecules with a potential to form hard-electrophiles, such as iminium ions generated by tertiary amines, as reactive metabolites (e.g. nicotine). 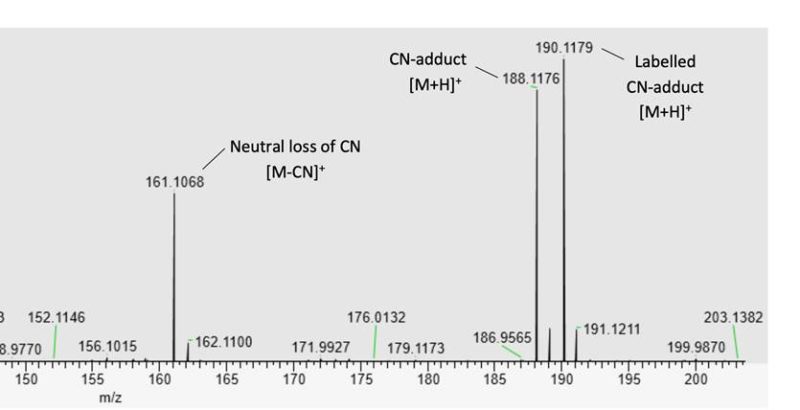 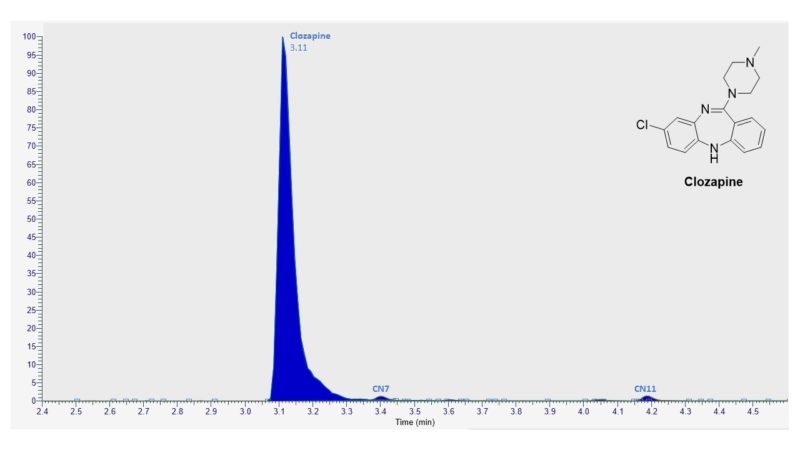 1. Extracted mass chromatograms of parent and CN adducts of Clozapine