Gender diversity in action at Sygnature

A good employer will always look to recruit the best people for the job, regardless of gender. Here at Sygnature Discovery, we are proud to employ many talented women scientists, at all levels and roles.

Dr Jenny Stockwell is one of them. With a degree in medicinal chemistry from the University of Warwick and a PhD from the University of Leeds, she was keen to work in industry once she finished her doctorate. Five years ago, she started her career here at Sygnature. ‘I make compounds that are potential future drugs,’ she says. ‘They get tested by the biologists, who feed data back to us so we can design better molecules.’ 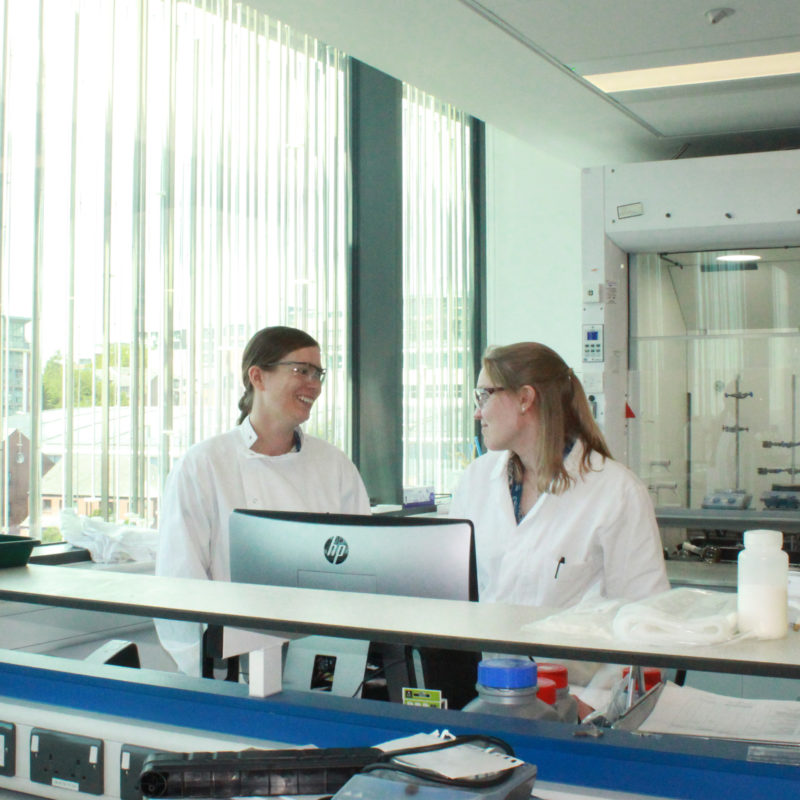 The bioscientists who do these tests include Dr Sam Garside, who started with the company at about the same time as Jenny after a degree in biochemistry from Newcastle University and a PhD in reproductive oncology from the University of Edinburgh. ‘As a student, I did a small amount of compound testing, and everything had to be shipped from the US, which took weeks,’ she says. ‘Here at Sygnature I can go around the corner to talk to the chemists, so there are no delays, we’re all co-located.’

They really appreciate the interdisciplinary nature of the science at Sygnature. ‘I wanted to work in a company that would give me variety, and where there were many different things to be involved with,’ says Sam. ‘As Sygnature is a contract research organisation, we have many projects in different areas, and there is the opportunity to be learning new things constantly.’

Both women were determined to make careers in science, despite the challenges they faced. ‘It’s no secret that it’s harder to be a woman in science than a man,’ says Sam. ‘There can be an outdated outlook on women in science, and that is definitely a hurdle to be overcome. But it is getting better. I’m quite stubborn, so if someone tells me I shouldn’t do something because I’m a woman, then I will want to do it more!’

Changing society’s attitude is important if more women are to realise that a career in science might be right for them. ‘You should be able to do whichever subjects you find interesting at school,’ Jenny says. ‘If you’re a girl interested in science, you should be encouraged to do science; equally, if you’re a boy wanting to do textiles, you should be able to do that without being judged for it. This is really important if talented women scientists are not to be lost.’

It’s difficult to change long-standing attitudes about stereotypical gender roles, and science-based companies like Sygnature are playing an important role. Not only do we recruit the best scientists regardless of gender, we support the women who work here to stay in science, including family-friendly working practices that mean they don’t need to choose between children and career.

‘I don’t think I have ever been treated differently because I’m a woman at Sygnature,’ says Jenny. ‘We have really good mix of ages in our workforce, which I think helps – and we have a lot of people who have grown up with equality as a foundational attitude to life and so it’s never occurred to them to treat women differently. We have a culture where everyone is judged on their ability, not their gender.’

Sam agrees. ‘We have a group of world-class scientists, and no-one cares about gender – it’s all about what you can do,’ she says. ‘And that means there are no limits to women progressing – if you’ve got the skills, you will get on.’

Sygnature Discovery is a leading provider of drug discovery research and expertise, designing and testing molecules that have the potential to become new treatments for some of the world’s worst illnesses. The company employs over 300 people and 1/3 of their scientists are women; a proportion that is growing. 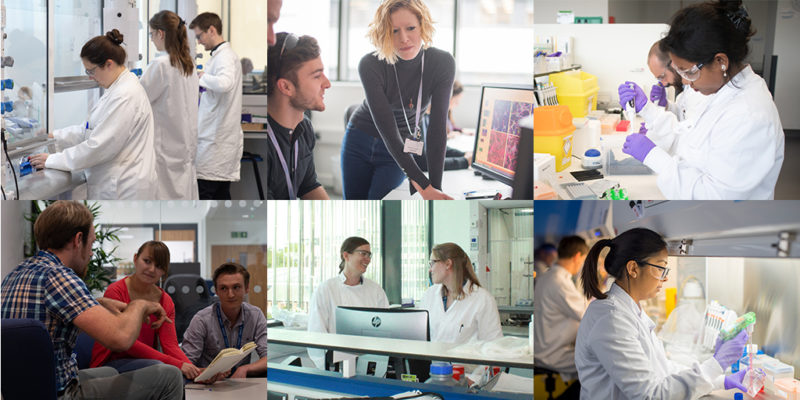